Iron rusts, and therefore ancient iron objects are more rare (and often less appreciated) than other metals such as bronze. 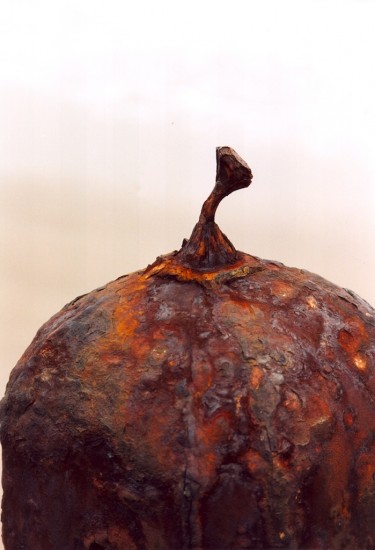 Piling on an old jetty

In search of information on the dawn of iron for my new book, I recently called the archaeological museum of the University of Amsterdam, where I was haughtily sent packing with the remark ‘So you’re looking for a specialist in old iron? I don’t think we have anybody for you here, our metallurgical scientist is specialised in bronze.’

What a difference with the reception at the British Museum in London, where to my great surprise the curator I got to speak exclaimed with enthusiasm that ‘old iron’ (not his words, and with a smile) is an extremely interesting subject, especially in Southern India…  Is it a coincidence that India is one of my favourite places on earth or does it demonstrate the motto that Le hasard fait bien les choses…? This iron trail will be something to follow up later on.

In any case steel is now believed to have been produced on the Indian subcontinent long before the discovery of steelmaking in England in the 18th century, and the ancient Indian ‘wootz’ steel is considered to be the origin of the famous technique of Damascus steel with its wavy patterns.

The old photograph below, taken in the Middle East rather than in India, gives a flavour of where my current readings are to be found. 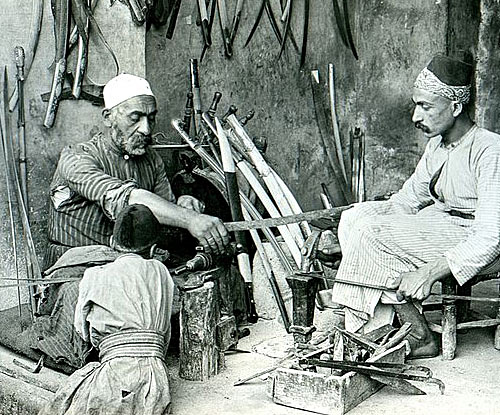