Looking back #4: The launch of Rajasthan into the world…

There are some more ‘memories’ entries to come as an introduction to an up-to-date blog, but I’m getting there.

Autumn 2003: Rajasthan is festively launched in Paris, Brussels, London and the Netherlands. The kind booksellers of the Lagerfeld 7L bookshop in Paris transform its interior for one party night, aligning a good number of copies front of cover to back on the book shelves, and they make a special Rajasthan display in their front window. 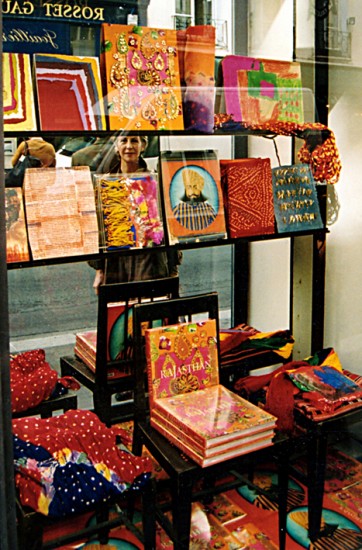 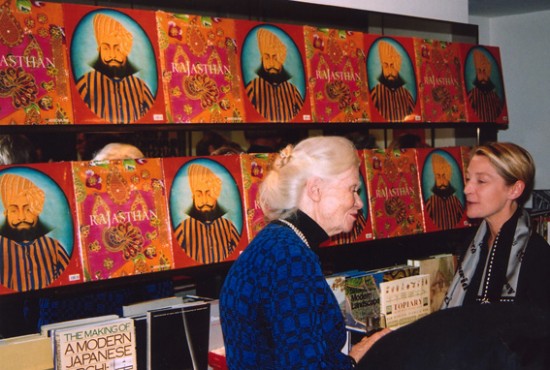 Friends start sending reports from places where my book has been sighted as distant from each other as Jaipur’s Rambagh Palace bookshop and Hatchard’s in London: 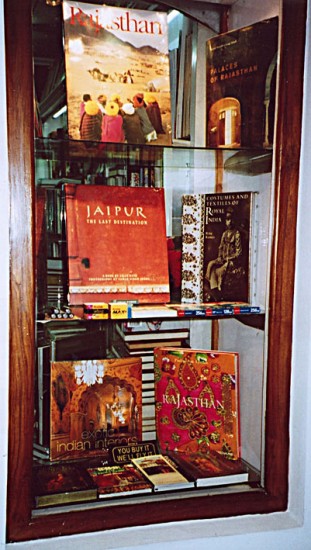 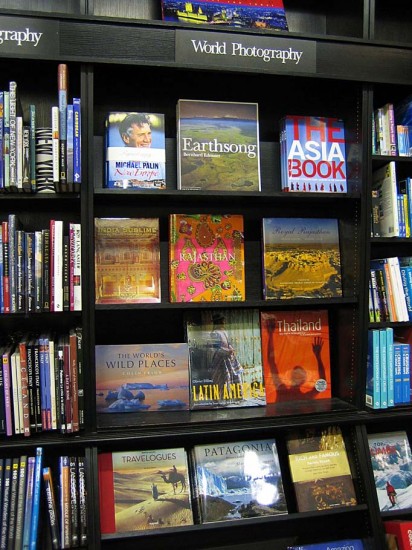 A watchful friendly eye finds Rajasthan in its true coffee-table book incarnation at the home of the Royal family of Saudi-Arabia in Riyad in the August 2006 edition of Wallpaper magazine : 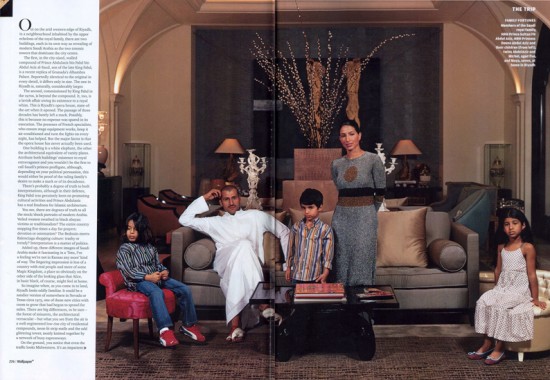 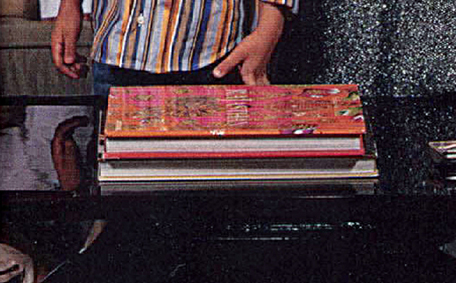