Looking back #3: Rajasthan and making books

My most faithful travel companion is a small Moleskine ‘reporter’ notebook which, at home, is paired with a larger one that grows within a few months to bursting point with photos, sketches and cuttings.

For years I used to bind my journals myself in different materials and those are particularly precious to me, but since I discovered Ordning&Reda I buy their spiraled notebooks in bulk. I’m now also keeping separate journals in my computer for the books I’m preparing, a useful search tool later on. 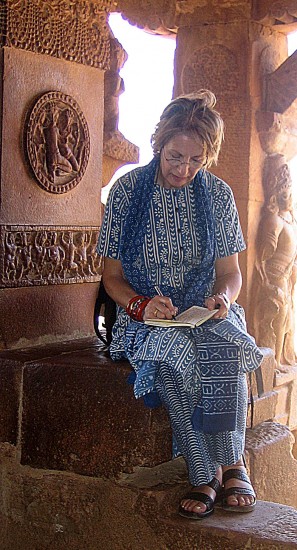 The discovery of an antique piece of embroidered Rajasthani cloth at the bottom of a family trunk led to a collection of travel books I made with Indian cottons. These booklets have been marvellous conversation pieces during my research in India, subject to intrigued questions as people did or did not recognise their origin and often followed by precious itinerary suggestions. They even acted as Open Sesame with people who had heard about them but had not yet met me. Because of their small page size (11 x 11 cm) I had to restrict my notes, a good thing which also made me realise that the smooth writing paper we consider normal is in fact a luxury. 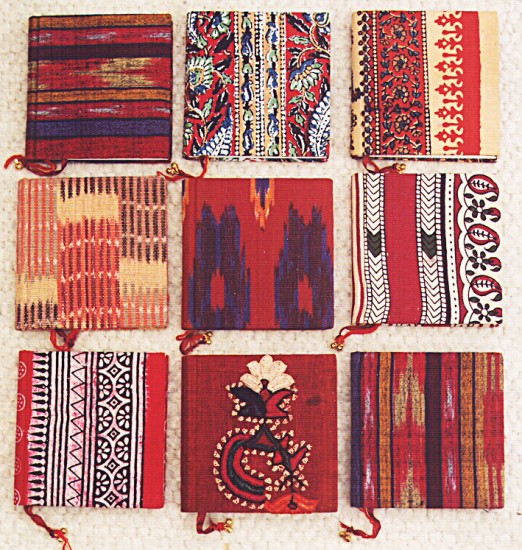 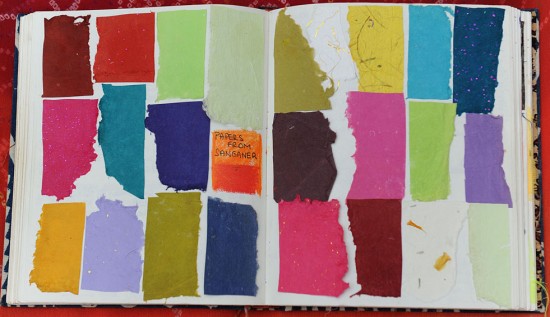 It is thanks to these notebooks that I was able to prepare Rajasthan. They reflect the spontaneity of my impressions and the remarks I have been able to capture from others, they act like a time frame over many years and they’re crammed with precious information.

At first I didn’t know how to present my subject. One thing was evident: this book would show Rajasthan from the inside, the things only few tourists have enough time to see or that guides hesitate to show because they sometimes look at their own country through our eyes. There are even places and customs that some Indians I’ve met had never heard about.

For example the opium ceremony in the Marwar region around Jodhpur: on seeing my photographs an Air India representative stressed that I had been misled, this event was only organised for tourists, no Indian would ever drink out of anybody else’s palm. I have witnessed this centuries-old ceremonial custom many times on visits to villages as well as during grand occasions.

As I have had the opportunity to drive on a scooter through the narrow streets of Rajasthan’s old cities, to meet their artisans, to quietly walk around and to assist to such extraordinary gatherings as the Tilwara cattle fair with its thousands of camels and horses, there was more than enough to fill a book.

How I went to work

My photography, dating from a period between 1988 and 2001, was of course analog. I literally played with the prints and parts of them, tearing, cutting, using every bit of them for texture or colour and even adding paint where material was missing.

I’ve never considered myself a ‘true’ photographer and as it was my own material I felt free to enhance one image with parts of others to recreate atmospheres I remembered. I’ve used one scalpel indefinitely, even taught myself to sharpen its blade on the side of my hand as barbers used to do in the past!

A page at a time, moving slowly forward, I formed ‘chapters’ to which I added written explanations only much later, when my publisher asked me to write. I didn’t want to have text printed on the pages anyway: when you travel, you do not always know or need to know what you see either, and in this case I consider the image to be most important. When it became clear that I was lacking specific photographs, my work in progress became a wonderful reason to have to return to India once in a while – an excuse I miss now… 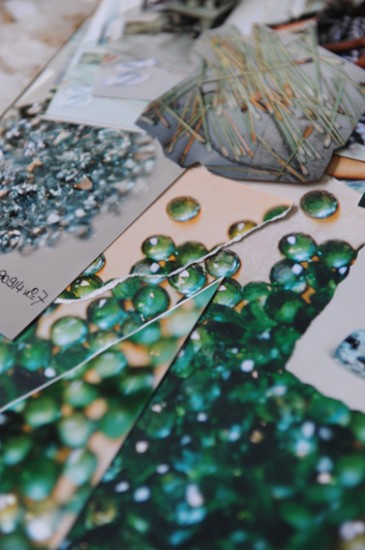 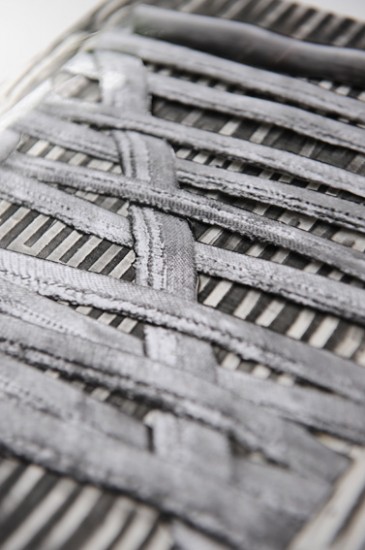 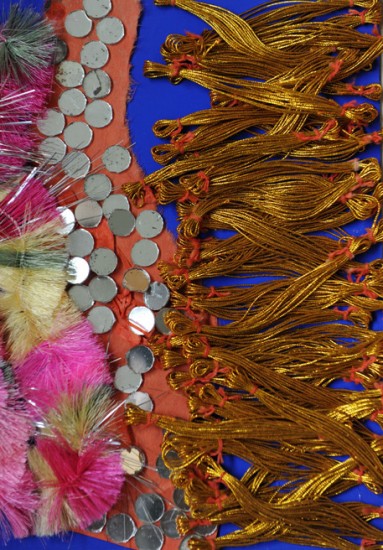 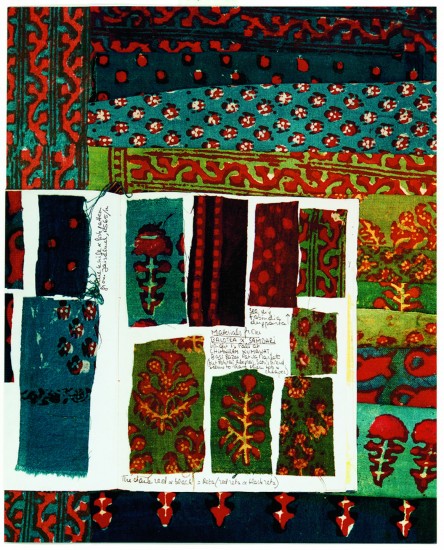