On December 23 I mentioned in this weblog the moment when I set out to find a publisher for Rajasthan, and how ill prepared I had been for the attitudes in the trade.

I believe it could be interesting to write a small book for authors in search of a publisher and it is a slowly growing plan I cherish because, next to some typical and hilarious moments worth telling, there are a few valuable tips with long-lasting consequences that would have equipped me better for my encounters.

One of my friends who owns a lovely bookshop confirms the usefulness of my idea and assures me that she will have arms full of stories to fuel my text. It should be both serious and fun. The dream would be to have a cartoonist who knows that world illustrate the written sketches, someone like Sempé whose sense of humour I admire.

So I intend to follow my grandfather’s example one day and write a sequel to his ‘…… I HAVE MET‘ about publishers, printers, book distributors and booksellers, perhaps even a lawyer or two, with beginning artists and authors in mind, urging them to be strong and, most of all, to believe in what they’re doing. ‘Un homme averti en vaut deux’, forewarned is forearmed.

Who are the inspiring, supportive, dedicated ‘book people’? One meets them unexpectedly and one learns from experience how precious they are because they are rare. The opposite kind of people have taught me a lot too. It hurt but it was necessary as I was far too trusting of good intentions.

These days my husband often says ‘Without a crisis there is no progress‘. He is talking about the current economic situation but his quote equally applies to what one needs to accept on the road. A new friend adds,’ No friction, no shine’. And my love of beautiful books has only strengthened in the process.

A lot depends on one’s own preparation. In the case of books, quality begins with the mature presentation of a project. From a certain point of view it ends with a decent agreement about its usage. Apart from intellectual property law and standard formulas there are important elements of mutual understanding, trust and (self-)respect involved. How easily does one let that last aspect be trodden.

I’ve not met many publishers who were prepared to run a risk with a newcomer, jump in the deep and dare go for something out of the ordinary. Partly, I guess, because my sort of books, hybrid as it may be sitting between categories of coffee-table book and serious reading, is expensive to make. And among those who do, some appear later to have their own agenda – if one has been naïve. I now believe that is normal procedure in business and it is up to us how we organise ourselves and how we help others in doing so. The fact that the author is generally ill-protected is often taken for granted while it should be an incentive to make things change a bit.

Recently I’ve had an instance about a sloppy photo rights request and I was relieved to find my terms confirmed in a similar episode in Homai Vyarawalla’s biography. She simply demanded a polite letter and organised details, and then she was quite lenient.

All this to underline that there still are publishers, printers, booksellers, persistent lawyers––and authors!––who are supportive of others, pursue quality and originality, fight a difficult fight against the reign of Average and deserve respect.

And when push comes to shove I’ve recently discovered that publishing one’s own work is feasible too, and that it can be quite worth the effort.

More about the Visual Legacy Foundation, the publication of A Resistible Force / Donkere Palissaden and my forthcoming book Living Iron in the days ahead. 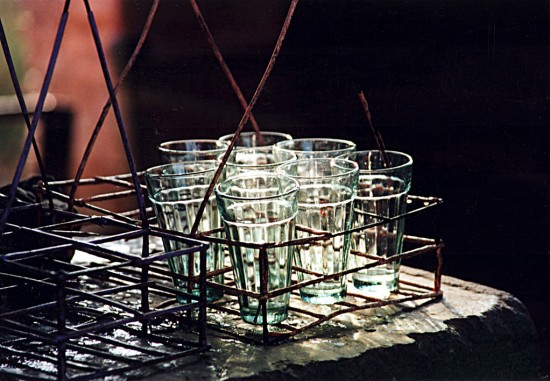