Brickwork… and the use of iron in architecture 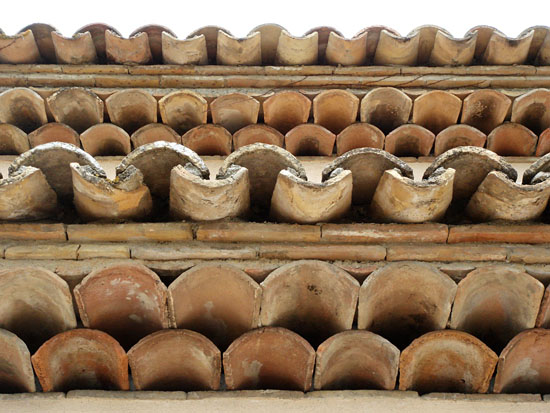 These days I’m reading about the use of iron in early architecture, especially since a group of researchers has found a way to reveal the DNA of ancient pieces of iron, so to speak, in fact a digital identity, by analysing their inner, grainy structure. This has given them the material to show that iron was used as an essential component in the construction of the gothic cathedrals and, with the progress of their results, they can even trace a piece of iron back to its ores and their location.

Gothic churches are famous for their daring fineness and for the amount of light streaming in through huge windows, some of whom cover more than a hundred square metres. Tons of iron brace the otherwise fragile architecture with all kinds of hooks and bars and linked elements, and long iron bars reinforce the stained glass against wind and rain. They have been doing so since the twelfth century. Iron plays many roles in these constructions, and blacksmiths therefore belonged to the most important artisans on the building sites. 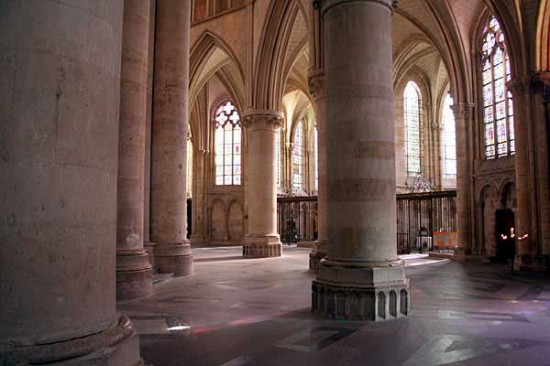 How does this bring me to brickwork? After all, those cathedrals were built of stone. There was plenty supply of stone in the region. Even farmhouses had easy access to natural stone for their walls. 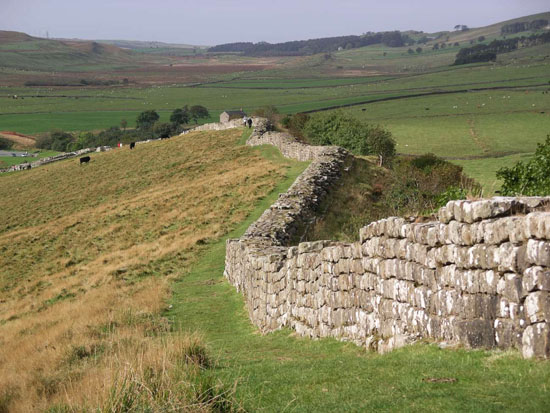 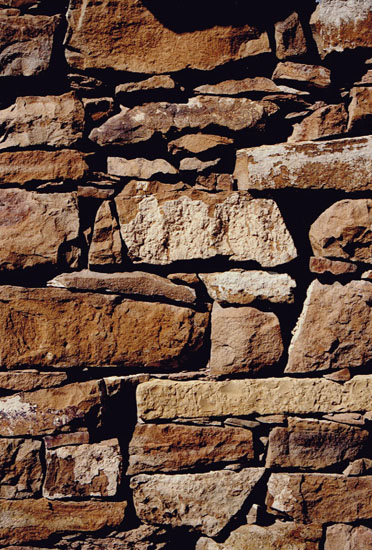 The Netherlands, on the contrary, are built on sand. They have limited raw building materials except clay, and there is a long tradition of building with bricks. Large as they may be, even the Dutch churches are mostly built of bricks. 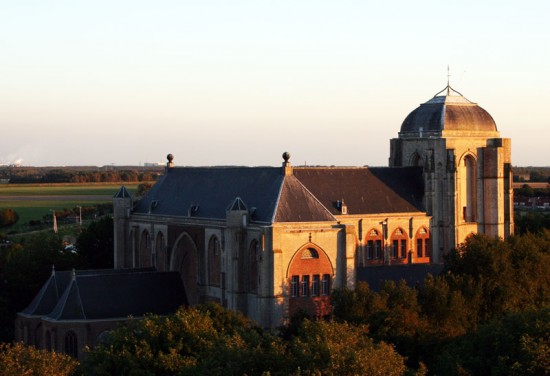 The bricks in our old house in Zeeland are hand-moulded and their high sand and silt content led those that were closest to the fire to become glazed. Hence their green shine. I’ve always had a special affinity with them. 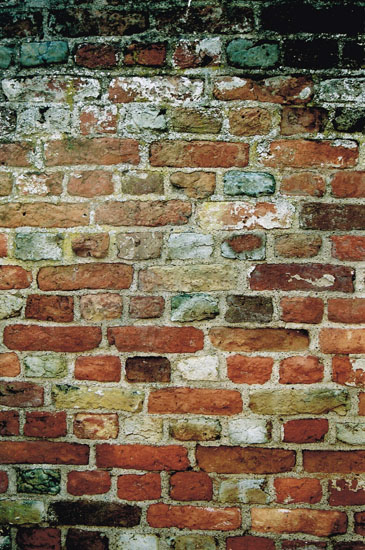 I have even got one of these glazed bricks in my studio. 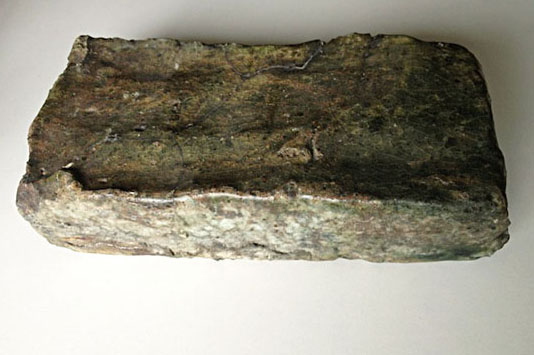 In less affluent regions walls may show the creative results of material recycling like the one I once came across in Greece. It includes bits of broken bricks. 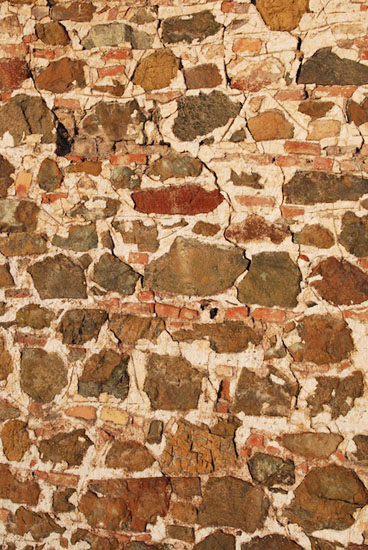 Brickwork was elevated to an art in the twentieth century. The French artist Germaine Richier used a chunk of brick rubble for the sculpture of a skull. 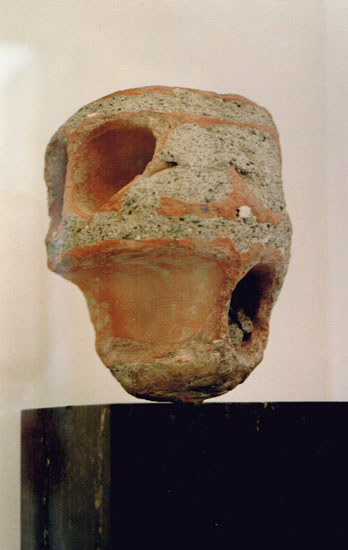 Amsterdam abounds in highly detailed early twentieth century brick buildings, among which the Scheepvaarthuis or Shipping House is one of the most spectacular. 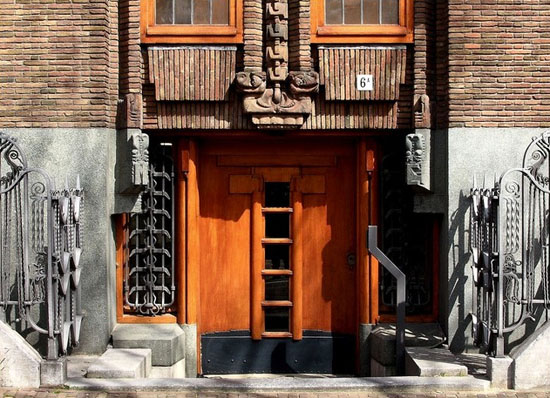 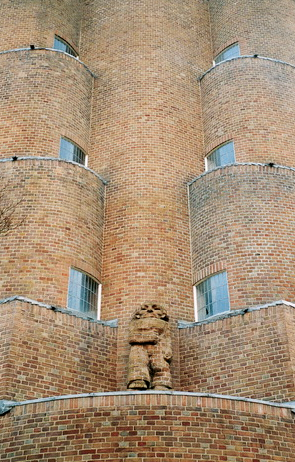 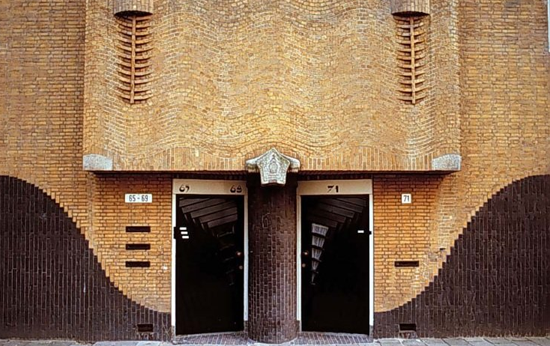 Amsterdam’s art-déco architecture leads me back inevitably to iron because whichever way one looks there, in bridges as much as in buildings, the brickwork is accompanied by the playful lines of wrought iron. One may like it more or less, but if only the level of craftsmanship deserves our utmost respect. 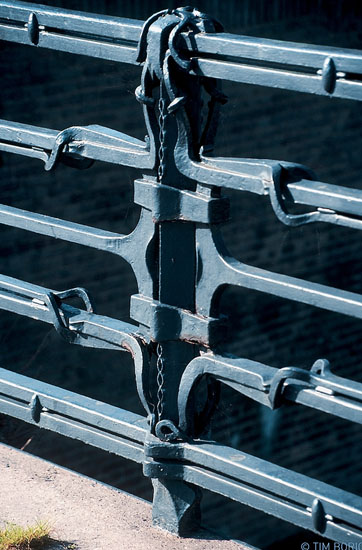 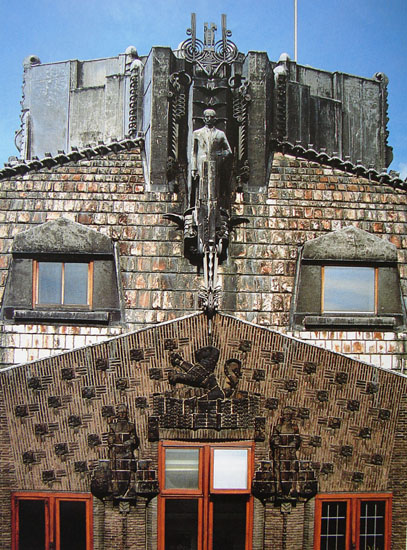